After a long hard winter, spring is finally here but for many, unfortunately, the warm weather brings the misery of hayfever. The full impact of hay fever is often understated but the reality is that hay fever sufferers are more likely to develop asthma than those who don’t and this likelihood is increased if the hay fever is left untreated.

Hay fever occurs because the person’s immune system is extremely sensitive to pollen, most commonly grass pollen. When a person who has hay fever inhales pollen, their body overacts, leading to symptoms such as itchy eyes, a runny nose, sneezing and itching around the throat and facial area. If someone also has asthma the pollens can also cause the airways to swell and narrow, symptoms involve wheezing and shortness of breath. Asthma attacks can come on slowly or may begin suddenly and can show severe symptoms. Although the same triggers for hay fever can also trigger an asthma attack, those who do suffer from asthma will also have a range of other triggers that are not associated with hay fever. One common example would be exercise.

We know that hayfever can predispose a person to asthma and more so if left untreated and poorly managed. If a person already has asthma, hay fever can worsen the symptoms.

Whilst it impossible to avoid pollens completely there are some simple steps that can help reduce the pollen exposure:

Sufferers should be aware of asthma symptoms and see their GP if they notice a worsening of hay fever or allergy symptoms.

If you have both asthma and hay fever, advice and allergy testing can be obtained at the regular allergy clinics held at MASH. 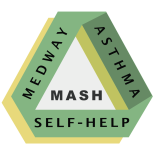 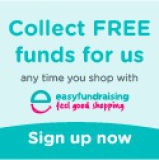